Alex Himelfarb on Our Weakening of the Collective 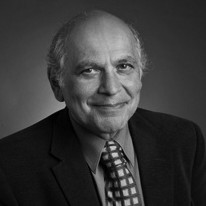 Himelfarb: The number one issue for me is inequality. Let’s think of the bottom, middle, and top of society. On the bottom, even if, as some argue, over the past few years things aren’t necessarily getting worse, they aren’t improving and certainly not at the rate that we see in many other rich countries. Compared to other rich countries, we’re doing badly, and on First Nations and Aboriginal issues and on child poverty, unforgivably badly. Most troubling, we are moving in the wrong direction. Austerity at every level of government—largely self-imposed through years of unaffordable tax cuts—has eroded our key redistributive institutions, which are welfare and employment insurance, and continues to squeeze the programs that mitigate the consequences of inequality, including Medicare. Austerity has yielded a kind of trickle-down meanness. Its consequences inevitably fall hardest on the most vulnerable. Just think of recent policies that seek to deprive refugee claimants of needed medical care or social assistance. And how is it that we always find money for war but cannot find the resources to serve our veterans well? The list is long and the direction is wrong.

The middle class is also unquestionably stretched. Two things mask the extent of the problem. First, over the last decade, women have worked more hours than before, so many households have not actually fallen in income, although people are working longer to stay in place. The second thing is petro jobs. The oil-rich provinces have done pretty well for some working-class folks, because they have relatively high-paid jobs, but this success is regionally focused and fragile. And even in Alberta, inequality is high; the benefits are unevenly spread. Mostly our labour market performance has been shabby, wages have not kept pace with productivity gains and only barely with inflation, and more and more Canadians (especially young Canadians) are finding themselves with precarious jobs, with no security, benefits, or prospects, and high levels of debt. So you’ve got significant middle-class problems that, if unattended, are just going to get worse. But because we have all these headlines about how well we’re doing compared to the US (which has, among rich countries, the most serious inequality problems), you can’t get any traction on it. Many, especially in my age group, have done pretty well—which no doubt is another reason for the dangerous level of complacency.

Then at the top, we have witnessed the very rich getting very much richer. Capital always talks louder than labour—that’s why it’s called “capitalism” and not “labourism”—but now the bargaining power of capital is through the roof. So money talks louder than ever.

Kahane: What is the impact of this growing inequality on our society?

Himelfarb: Extreme inequality is corrosive. When the people at the top and the people at the bottom are breathing such different air, it’s hard to imagine them finding any common interest or shared purpose. When people at the top are so rich that they can decide they no longer need public services, they effectively secede from society. When the gap is extreme, they also seem to believe they somehow deserve all they have. Hence trickle-down meanness. If they don’t need the services and deserve their wealth, why pay taxes? People at the bottom start to think that the game is fixed, and there’s nothing in it for them. They don’t want to vote and they too don’t want to pay taxes. Why pay or play when the game is rigged?

Kahane: Does government have a role to play in countering these problems?

The biggest impact of austerity is that it stunts the political imagination; it makes it seem like nothing’s possible collectively. Each of us is on our own. So I see not only this invisible, incremental, hard-to-talk-about growth in inequality, but also the loss of the collective capacity to do anything about it.

Kahane: But doesn’t our weakened trust in one another make it harder for us to act collectively?

Himelfarb: One of the reasons that our institutions, including our political institutions, are so important is that, as former Prime Minister Trudeau observed, Canada is an act of defiance. Canada makes no sense: we are dispersed geographically; we have a terrible climate; we have two official languages and many non-official; we have no revolutionary moment that is binding; we are a country of great cultural and regional diversity. For all these reasons, we have to work at being Canada. And when we lose trust in our government and in each other, it weakens us.