Brian Crowley on Our Institutional Legacy 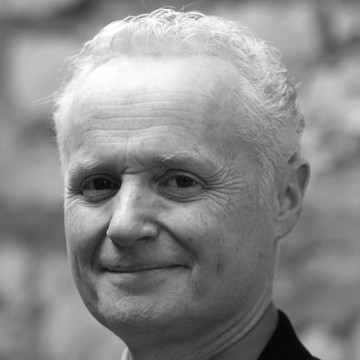 Interviewed on September 5, 2014 by Adam Kahane.

Kahane: What energizes you these days about Canada?

Crowley: Canada is a lucky country. People often say it’s because we have a vast endowment of natural resources, but that can’t explain our success as a society. I can name 50 countries around the world with fantastic natural resource endowments that are hellholes you would never want to live in. So that’s not what makes this a great society.

We have a different endowment that is much more important than natural resources: the institutions and behaviours that we originally inherited from the British and have evolved to become our own. These include a well-functioning democracy, the rule of law, non-corrupt judges and police, a reasonable regulatory and taxation burden, well-functioning social services, a well-developed work ethic, enforcement of contracts, and respect for private property. Canada is not a place where we are victims of a predatory state.

Kahane: How did we end up with this strong institutional endowment?

Crowley: It’s not universal in all the former British colonies, but places like Australia, New Zealand, the United States, and Canada inherited these institutions from the same source. Hong Kong demonstrates that they are not unique to a certain culture, because Hong Kong is essentially British institutions with Chinese people living within them. Hong Kong has traditionally enjoyed the same kind of success: people can think long term, they can create, they don’t have to worry that if they invest something in the society, next year it will be stolen by the president’s brother—although the recent demonstrations there show that these institutions are by no means untouchable. That underscores what a rare achievement such institutions are in the world, and Canada is perhaps the most successful of the inheritors.

Kahane: Is this endowment at risk?

Crowley: Canadians don’t always understand what we have. I’m constantly battling a narrative that is popular in some quarters that Canada is a terrible place, that we’re racist or we’re destroying the environment. I’m not saying that our history is without blemish or that there aren’t things that we can do to improve. But you can only think that Canada is a bad place that must be torn apart and reconstructed if you have never left here and seen what other people live and work with. As the song says, “You don’t know what you’ve got till it’s gone.” I worry that people sometimes want to undermine our institutions without understanding what these have achieved for us.

I’ve taken it as a personal mission to say, let’s appreciate what we have and understand the great success that it’s conferred on us. To pick a concrete example, even though it costs $20 a barrel to produce oil in Saudi Arabia and perhaps $80 a barrel to produce it in Canada’s oil sands, the world’s oil producers are beating down the doors to invest in the oil sands. It’s because those natural resources are nested inside our endowment of institutions that investors can have confidence in the security of their investment.

Kahane: Let’s say things turned out badly over the coming 20 years in Canada. What would the story have been?

Crowley: First, we blew our chance to achieve reconciliation with Aboriginal people. Second, we allowed fear of terrorism to make us insular and frightened of others; Canada’s openness to the world and our willingness to embrace people from everywhere is one of our greatest strengths. And third, we allowed envy to become the predominant political emotion in Canada. Regionalism (which is driven by envy) is a deeply corrosive force in Canada. There’s a strong tendency here for people to blame whatever difficulties they’re facing on somebody else and to not take responsibility for their own contributions. I spend a lot of time with Americans, and I’ve never heard anybody say, “Those goddamned Texans; they’ve got oil, and they’re screwing the rest of us!” But in Canada, you can hear people say things like that every day about different regions. We seem to think that someone else’s success comes at our own expense.

Kahane: What is the role of government in ensuring Canada’s future?

Crowley: For me, government is not the solution for everything, and that’s true socially and culturally just as much as it is economically. I think that freedom is the indispensable condition of successful societies. I’m a big believer in a society that leaves room for experimentation, for initiative in every field, which is something that government is far better at shutting down than encouraging. Today, we need to recover our ability to take initiative. There is an important role for government, but there are limits to what government can do. It’s a question of balance. It’s not always bad for governments to tax and always good for people to spend. The challenge is that when we get the balance between collective provision and individual choice out of whack, we start to undermine the institutions that have enabled us to be successful.