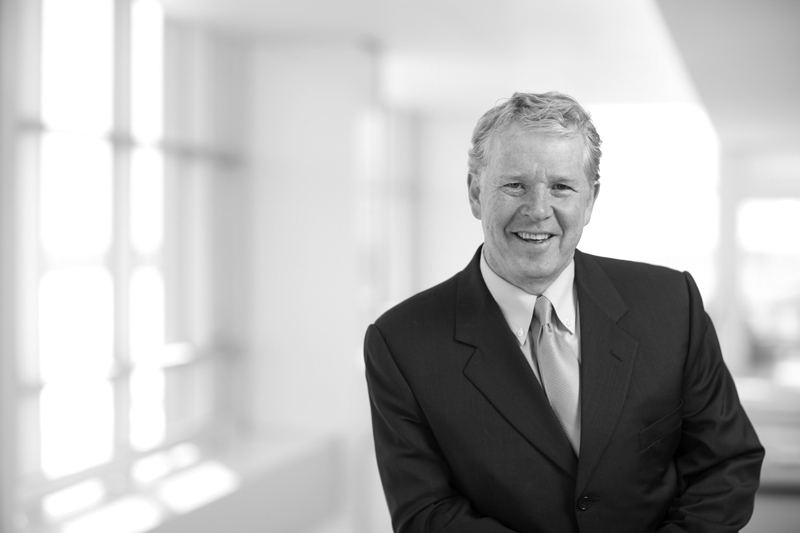 Kahane: What concerns you about what’s going on in Canada?

Graham: Since the 1990s, there has been more edginess in our political leadership. Politicians are more dismissive and disrespectful of each other’s ideas. Politics has become this crazy world where people are yelling at each other, “We’re right and you’re wrong, shut up, sit down, and pay attention to what I have to say.” Attack ads are symptoms of this dynamic. The important point is that these messages are a symptom of a more polarized public who want—even demand—simple answers to complex questions. A fundamental shift needs to happen for us to create a new balancing point.

Graham: The game changers are deep democratic reform and in particular citizen engagement. The essence of democracy is collective wisdom. If we put our faith in people and include them more often in deliberations and decisions between elections—and not just for these single events—Canada would get back on the path towards being a vibrant, successful, sustainable, progressive country. The way forward is through processes that bring citizens into conversation with each other, especially around important, complex issues.

Kahane: Can you think of an example where we have managed to engage in the way you think is required?

Graham: Back in the 1990s, the public and political leaders felt that the Young Offenders Act was resulting in young criminals who committed serious offences getting off scot-free. The reality was that Canada was sending youth to jail more frequently than almost any western country. In response to the public outcry, Ralph Klein, the premier of Alberta, who wanted tougher criminal laws, brought together a citizen assembly of 150 Albertans to set the direction for the criminal justice system in Alberta. Some people expected that the group was going to recommend tougher penalties. During the three-day process, those citizens were informed in depth about the choices they had. What emerged from this deliberation was a set of excellent common-sense recommendations about the direction of the criminal justice system that was born from the best practices and evidence, and not from rhetoric.

Kahane: Are you saying that average citizens have a greater capacity to be sensible than politicians do?

Graham: I’m not sure if I would say that. But being in political office is a tremendously distorting experience, and you can lose your compass when you pay too much attention to the media and communications advisors.

I have tremendous faith in “Joe Public.” Research has shown that if you give him or her the opportunity to apply their wisdom to something, they will usually arrive at a wiser decision, and the rest of us generally accept the outcome. Consider the extent to which our general public accepts jury decisions.

Kahane: Do you think the current political narrative can change with a different set of leaders?

Graham: Not a chance! Zero chance. It can’t happen just from the top down, for a variety of reasons: decline in trust in institutions; a lack of informed discussion around the real challenges; and the complexity of issues.

One hundred years ago, we lived in a time when people trusted the elite more because of the lack of education and the limited exchange of information. But in this day and age, people just aren’t going to buy a solution unless they’ve had a chance to spend time with it. So any fundamental changes have to be both top-down and bottom-up.

Kahane: Do you think that Canadians care enough about Canada to do what you want them to?

Graham: Let me tell you a story about a latent passion I’ve witnessed for Canada. I took my youngest son, Colin, to the 2010 Winter Olympics in Vancouver, where we witnessed something about the love that regular Canadians have for our country that I did not expect. We were lucky enough to be on Robson Street on the last day of the games, after Canada had won several gold medals. We were walking along with tens of thousands of complete strangers, and everyone was high-fiving each other. In the celebration, I was with an Indo-Canadian conga line, an elderly Asian man wearing a Crosby jersey, and even homeless people who walked over from the other side of town to smile and share their zeal for our country. A magical ingredient exists among Canadians that doesn’t get expressed very often. If we were to till it up and unearth it, it would release potential and possibilities that we don’t yet fully know.

Kahane: If we were sitting here 20 years from now, and things had turned out really badly, what would have happened?

Graham: We would have become even more polarized. When you look at the extreme examples of what’s happening in places like the Middle East and some African countries, you see that the greatest challenge is not around ideas; it’s around relationships and process. Nobody has created enough opportunities for opposing ideas and political parties to come together in a constructive way.

I think that the sweet spot of innovation and possibilities is not on the edges, it’s in the middle, where there is a blend of perspectives. The acceptance that all things are possible creates magic.