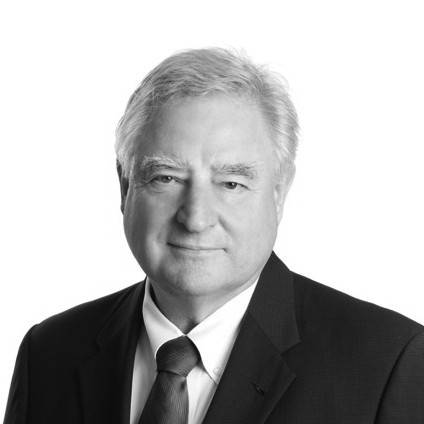 Interviewed on August 15, 2014 by Monica Pohlmann.

Emerson: We are not managing our natural resource assets well. We pay insufficient attention to long-term growth, stability, and intergenerational fairness. I look at what we are doing with non-renewables, and I despair. We have allowed a gold-rush mentality to prevail. When markets are strong, we have massive investment in projects like the oil sands, leading to cost inflation, social and economic growth pains, and pressures on the environment. Then we take the revenue from these resources—the one-time revenue from the sale of a publicly owned asset—and use it to pay for healthcare, government programs, and services that are deeply embedded in our public sector expenditure base. But the cycle inevitably turns, and we end up with fiscal and economic devastation. The revenue is no more, but program expenditures continue. Costs that rose easily won’t come down. This approach to resource management supercharges fiscal and economic volatility, both nationally and among regions.

This volatility also has a troubling effect on that part of our economic base that is globally mobile. Costs and fiscal pressures created in a boom are very sticky, and correction is stubbornly slow and painful. Industry, capital, and the skilled people needed to drive innovation and new products for the global marketplace can and do go elsewhere. You basically force the economy to rely on those activities that have to be near the resource—the opposite of economic diversification.

In a similar vein, we have witnessed the erosion of manufacturing in the Canadian economy, and I am concerned about that. I believe a balance of manufacturing, resource extraction, technology, and services is important for a healthy, dynamic, and stable economy.

We’re also struggling with a number of public policies that run counter to Canada’s dependency on international trade and investment for our economic future. We maintain protectionist policies in agriculture, telecommunications, and sundry other sectors. Our own protectionist policies undermine our reputation as a free-trading nation and hurt our ability to negotiate the kind of trade agreements needed to underpin a healthy economic future. While this is slowly changing, it remains a significant worry.

Finally, I worry about Canada’s north. Geographically, most of Canada is a huge, sparsely populated mass of land and water penetrating the Arctic, at the front line of climate change. Gradually, attention is shifting to northern issues and concerns. But the challenge of the north will be akin to the challenge of developing early Canada. It will require enormous investments with very long “payback.” Issues around sovereignty and security will be paramount. Assessments and potential impacts will require intense discipline and focus. The costs of mistakes will be high, but the cost of neglect higher. Sir John A. Macdonald must be turning in his grave.

Pohlmann: If 20 years from now, things haven’t turned out well in Canada, what will have happened?

Emerson: This negative scenario would reflect failures on a number of fronts. Pipelines critical to getting products to market won’t be constructed in a timely way. Critical economic infrastructure, particularly transportation infrastructure, will be rejected in every strategic “neighbourhood,” reflecting regulatory licence being replaced by the amorphous “social licence.” We will fail to restore momentum to multilateral trade talks, and attempts to forge regional trade agreements will falter. We will fail to adapt to the reality of global warming, and the world will be confronted with an urgent international public policy crisis. Related to climate and our failure to manage well our natural resources, we will see technological advances that result in consumers finding economic substitutes for carbon-based energy. Given our extreme dependence on carbon-based energy, our economy and public finances will take a serious hit.

The lead times for transformative initiatives, whether they’re regulatory, legal, or infrastructural, are enormously long. We will have failed to tame the forces of short-termism, and this will feed the tendency of political parties to neglect a broader vision for the country in favour of playing to narrow, sectional political bases with baskets of goodies and favours.

In short, future generations of Canadians will be severely challenged to achieve the kinds of opportunities and standard of living enjoyed by the first few post-war generations.

Pohlmann: What decisions will Canada have to make?

Emerson: People with vision, intellect, wisdom, and stamina must decide to step out of their comfort zones and dedicate themselves to persuading their fellow citizens that we have a lot of hard work to do. We will have controversy, and perhaps short-term sacrifice, but Canadians will have to embrace leaders who will do the heavy lifting, not for self-serving reasons but for pride of country and belief in our responsibility to future generations. If people with unusual talents don’t step up, and if Canadians don’t offer support when they do, the negative scenario will become the base case.

There have been many game-changing leaders throughout history. I love reading about them because many dealt with failure and setback, but they persevered. Steve Jobs had an obsessive, unambiguous vision for Apple. Not everyone liked it, but he is revered for his obstinate commitment to doing, not what was popular, but what he believed in. Canada needs that kind of game-changing leadership: people committed to doing what is difficult, exhausting, and at times unpopular—but right for the country’s long-term future.