Don Iveson on Boom and Bust 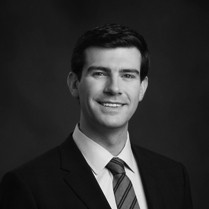 Atnikov: If you could talk with a clairvoyant about the future of Canada, what would you most want to know?

Iveson: What an opportunity! How will climate change affect this country in the coming decades? I worry that Canada may be less resilient to it because of scale. The vastness of the country is one of the things that makes us beautiful and means we have massive resources to benefit from. But because things are so spread out, we have thousands of miles of roads and pipes. All of that stuff is potentially vulnerable to changes in climate.

You can wait for your country to flood, or you can build dikes today, or you can be part of a legitimate effort to reduce climate change. The federal government’s not talking about climate change because it has been incompatible with their approach to the development of the country as an energy superpower. We should have a national strategy for dealing with physical infrastructure that is at risk due to severe weather events and frankly, we’re going to need pots of money to pay for it.

The other thing I would ask is, where are we with reconciliation with Indigenous people? Because that’s one of the huge unfinished pieces of work in this country. In spite of all the attempts to assimilate them, we haven’t been successful, and it’s only because of the resilience of the Indigenous people that they’re still here.

A third question would be, does the country still exist or does it break apart because there’s nothing pulling it together anymore? We’ve become allergic to constitutional crises, but other countries go through them and they’re healthy. It’s like a marriage—if you let everything fester, and then you finally say what you think, it’s hard to work things out. If we can fight it out as a country and come out stronger, we’re good. But we seem to avoid some of the conversations we need to have.

Atnikov: How has resource wealth contributed to Edmonton’s complex issues?

Iveson: If any jurisdiction ought to have the resources to keep up with growth, it would be Alberta. But the boom-and-bust cycle of using resource revenues to pay for ongoing expenditures is incredibly risky. You can’t choose to fund all-day kindergarten and then, when oil drops below a certain price per barrel, eliminate all-day kindergarten. We made missteps in the past, first by allowing development to get out of control, and then by allowing the extractive business to crowd out the value-added business.

If we’re going to pursue the oil sands business, we need to learn from our past mistakes and demonstrate that we can be good stewards of this complex resource that we’ve inherited by chance. The activity is going to happen; as long as oil is higher than about $50 a barrel, the extraction will continue. We need to orient ourselves single-mindedly to making it cheaper, cleaner, greener, faster, and safer, and then we need to apply that intellectual property to other environmental challenges and industrial processes around the world. That should be our next nation-building project—create long-term value out of this one-time benefit. So when we’re done up north, when we’ve extracted the last of the extractable, economically feasible resource, there’s still some reason for Edmonton to exist.

Atnikov: What has shaped how you see things and what you do?

Iveson: In 2002, I participated in a workshop about the need to build cities that can attract and retain talented, creative, and innovative people. I had a political science background, and this question provoked me to think a lot about what Canadian cities must become in order to offer a complete urban experience and remain competitive.

A few years later, my partner and I started thinking about where we wanted to build our life. My friends were not attracted to Edmonton as a place to live, and we were torn between several Canadian cities, but if you consider where you might want to settle down, raise a family, and build a career, Edmonton actually scores better than Toronto in terms of the affordability of housing and the quality of public education. We ultimately decided to stay here, and we have no regrets about that decision.

Atnikov: What would you like your personal legacy to be?

Iveson: I want to contribute to building the kind of city that my kids are going to want to stay in. I can imagine that in seven generations’ time, this place is still vital, and the things we invested so much of our time and energy building have endured, and the values that make us a great place to live are still there. The physical infrastructure may have changed entirely, but the things that bind people together are still real.