Elizabeth May on Our Elected Dictatorship 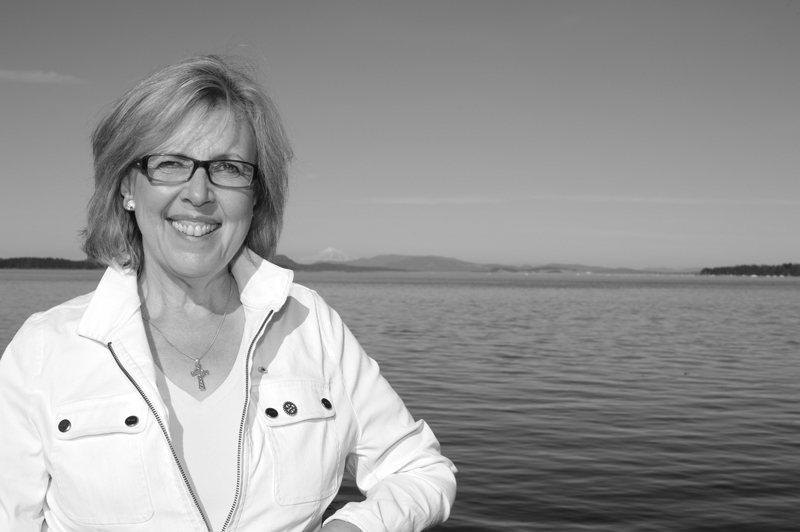 Elizabeth May, Leader of the Green Party of Canada and Member of Parliament for Saanich-Gulf Islands

Interviewed on September 8, 2014 by Monica Pohlmann.

May: We are a democracy only in theory. In practice, we’re an elected dictatorship. Canadians no longer feel empowered; they are passive consumers. They have abandoned the notion that they have rights and responsibilities in running the country. It’s very hard to wake people back up to the fact that they have power. Forty percent of Canadians don’t vote. In the by-election in Fort McMurray-Athabasca last June, only 15% voted! Unless we change the system, the next elected dictator could be Trudeau or Mulcair, and we might like the decisions better, but it still wouldn’t be a democracy.

Today, democratically elected governments have little sense of sovereign power and are beholden to transnationals through things like investor-state agreements. We need to reestablish that democracies (and citizens) can choose what they want to do, whether it’s saying no to something like the Enbridge Northern Gateway pipelines or weighing in on the Canada-China investor treaty. For many years, we’ve gone through deregulation, privatization, and trade liberalization. Taxes and anything collective are demonized. Our kids have been raised in an era in which the message has been “government is bad.” When I talk to young people, they say, “I don’t want the government doing this or that.” But in a democracy, you should feel as though your government extends from the end of your fingertips to do collectively what you can’t do as an individual.

Our capacity to know what’s actually going on has been diminished. The Internet has opened up the possibility for massive amounts of disinformation, masquerading as information. Social media has amplified the voices of the intolerant, the racists, the misogynists, the homophobic. I am on Twitter, and the stuff I get sent sometimes is horrific. There were always elements of our society that were intolerant, but one of the great things about Canada has been our respect for different viewpoints and the idea that we can come to consensus. We’ve always had this notion that we could disagree without being disagreeable. Today, the polite Canadian is disappearing. Conversations are no longer allowed. You’re only allowed to yell slogans at each other across the aisle.

May: We’re like a little popsicle stand. If you’re ruthless, you can knock us over. Our constitution is based on the premise that those with power will not abuse it. There are no rules against the abuse of power; it’s just not done. Stephen Harper doesn’t have any real respect for Westminster parliamentary democracy. I don’t think he is working in the interest of Canada.

Pohlmann: What concerns you about Canada’s role on the international stage?

May: Right now, we’re irrelevant in any international negotiations on climate, because the rest of the world knows we’re going to do the wrong thing. We’re out of step with a large global shift that is happening. Some of the strongest voices for action on the climate crisis include the International Monetary Fund, the World Bank, the International Energy Agency, and the Organization for Economic Cooperation and Development. Christine Lagarde from the IMF said at the Davos meetings last year, “If we don’t act on the climate crisis, future generations will be roasted, toasted, fried, and grilled.” Shell and BP are saying that it’s time for some form of carbon tax.

May: The provinces offer a glimmer of hope on climate change. The premiers are saying, we need an energy policy. In the absence of a federal policy, we have “ad-hockery,” which has allowed corporations to rule. If we had a national energy policy, energy security would matter, so we would export only after we met domestic needs. Climate action would matter. And maximizing the number of jobs for every barrel of bitumen produced would matter. All these pieces would come together if we were around the same table sorting out our problems, if we returned to community values and to taking care of each other. We’re not going to be able to resolve the climate crisis if we’re not a functioning democracy.