Farah Mohamed on Our Competitive Advantage 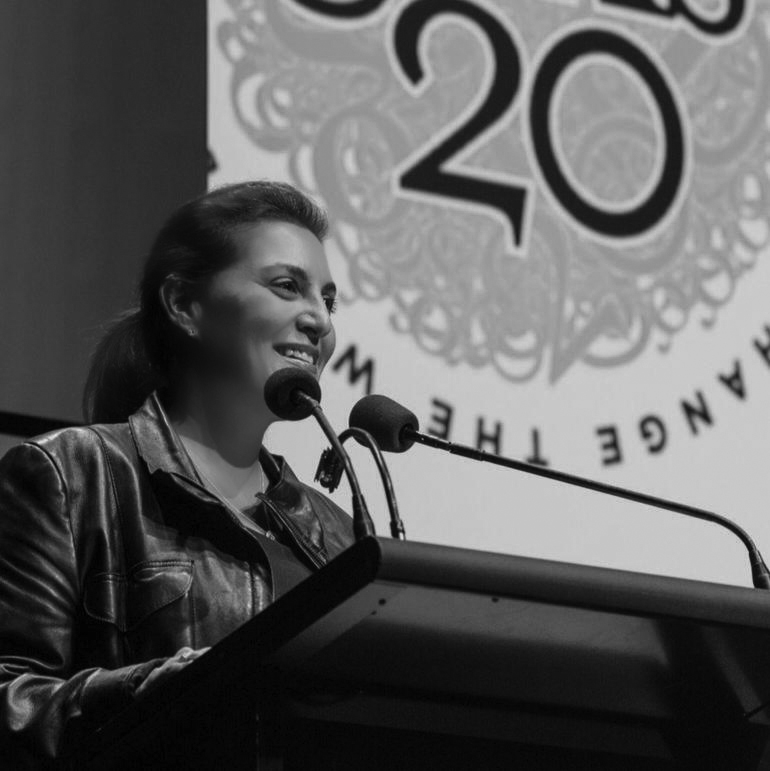 Interviewed on September 19, 2014 by Brenna Atnikov.

Atnikov: When you look at Canada, what’s got your attention?

Mohamed: The diverse make-up of our country is one of our competitive advantages. In an increasingly globalized, interconnected world, it’s a competitive edge for any organization or country to have a variety of opinions around the table. If the people involved are all from similar backgrounds, you can’t really understand what’s going on outside the room. We do a good job of celebrating diversity; now we have to figure out how to leverage it. We could start by having more diversity—of ethnicity, gender, sexual orientation, people with disabilities—in our federal, provincial, and municipal governments. We also have to change the curriculum in schools. Students still learn more about the first and second World Wars than about the positive contribution of Aboriginal Canadians or of immigrants.

We have the opportunity to assert ourselves—to rebrand ourselves—as a bigger power in light of what’s happening in the world. There will be 9 billion people to feed by 2050, and we’ve got some of the strongest agricultural policies. During the 2008 world financial crisis, we showed our financial prowess, and we continue to be a leader in our taxation and banking systems, our stability, and our relatively low unemployment rate when compared to other nations. But do we export enough of that knowledge? No! Do we showcase enough just how awesome we are? No! It’s called the “Tall Poppy Syndrome”—we don’t want to stand out by being the tallest poppy in the field, so when Canadians do amazing things, we won’t take credit for them. I’d like to see us be more patriotic, but until the world applauds us, we don’t applaud ourselves. Humility is nice, but not when it holds you back.

Mohamed: I worry about youth unemployment. We can’t afford a lost generation. We cannot lose out on the way young people think, interact, drive change. We also need to think about stability: who is going to pay taxes and keep our social programs going? I would like us to be thinking a little less short term and a little more long term.

We have to be careful regarding policies that affect the ability for people from other countries to come here and to work. The growth of our population still needs to come from immigration. If we don’t have open immigration laws, we’re not going to have that growth. As a result, the best of the best—the innovators and scientists and Nobel Peace Prize winners—are going to choose to go somewhere else, and we can’t afford that. We haven’t lost our lustre in this area, but we need to polish it.

Atnikov: How can we better ensure we don’t let opportunities go to waste?

Mohamed: We need to cultivate people’s ability to make informed decisions. It is absolutely ridiculous that we do not have mandatory voting. If you were forced to vote, you would care about your leadership, the risks that your country is taking, and its reputation abroad. You would be more engaged with the policies and the people who represent you. People in other countries die for the right to vote. Some in this country will take the position that, “It’s raining, I’m not going to vote today.” If I ruled the world, you wouldn’t get your passport, your health card, or your driver’s licence if you didn’t vote. To be engaged, people need to feel hopeful, they need to feel like they can play a part, they need to feel like their opinion matters.