Gabrielle Scrimshaw on Learning from Our Past 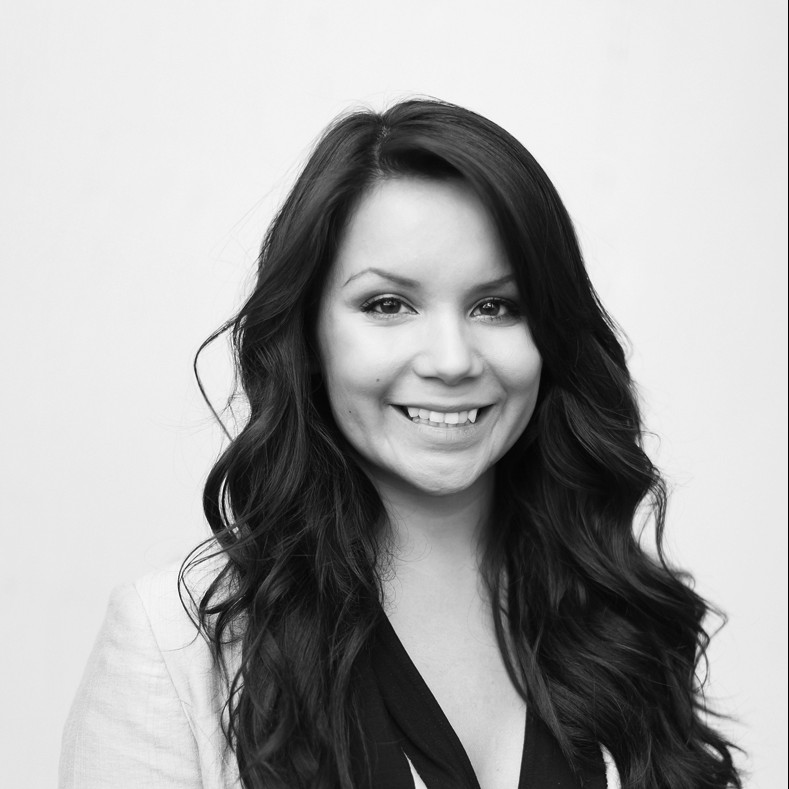 Gabrielle Scrimshaw, Co-Founder of the Aboriginal Professional Association of Canada

Interviewed on September 16, 2014 by Monica Pohlmann.

Pohlmann: Why do you do what you do?

Scrimshaw: I’ve always felt a responsibility to the next generation of Indigenous youth. When I was 19, I had a summer internship in Regina. Late one evening, about ten of us were at a friend’s house. One of the guys was enthusiastically telling the group that his dad, uncle, and brother were RCMP officers, and how he was applying to become one too. In a moment that will stay with me for the rest of my life, he said, “I can’t wait to become a police officer so I can shoot some f-ing Indians.” There was absolute silence. About five or six people in the room knew that I was First Nations, and no one said anything. But perhaps more unjustly, I didn’t say anything. I just remember feeling ashamed and embarrassed that this guy thought I was worth shooting, and I didn’t want to stir up trouble with an argument. A month later I told my sister about the incident. She told me, visibly shaken, “Who cares what you felt in that moment? What if that guy does become an RCMP officer and the Native he decides to shoot is Ethan?” Ethan is my nephew who was a year old at the time. In that moment I realized that the things I said and did made a difference, but just as importantly, the things I chose not to say also had a consequence. I decided to summon my courage to try to make a difference, and I promised myself that I would always stand up for what I believed was right.

Pohlmann: What keeps you awake at night?

Scrimshaw: The relationship between Indigenous and non-Indigenous people in this country. When Canadians travel around the world, we say, “We’re the land of opportunity.” I believe that’s who we want to be, but it doesn’t actually reflect who we are today. The truth is there are a lot of people who have been left behind, who are living in our own backyard. My hope is that Canadians can sincerely begin to engage with Aboriginal people across this country. Why is this important? The Aboriginal population is the fastest-growing demographic in Canada. By 2026, about 400,000 Aboriginal youth are going to enter the workforce. Three out of every 10 Aboriginal people are under the age of 14. We have a tremendous opportunity to educate and equip these young people from a place that’s culturally centred. If we don’t talk about this opportunity now and work to get it right, we’ll be living with the consequences of our inactions for generations to come.

Muhammad Yunus, a Nobel Laureate and the founder of Grameen Bank, uses a great analogy. He says, if you put one seed in a large pot and one seed in a small pot, of course the seed in the larger pot will grow to be much bigger. The same can be true with children, because each child is equal and born full of potential. The smaller pot is poverty and less access to education. In Canada today, young Indigenous people are born into the smaller pot. We invest 40% less in their education than for other kids, then we say, why aren’t you growing? What’s worse is that we consistently use antiquated methodologies for trying to come up with solutions to help address this gap.

Scrimshaw: As I travel across Canada, I hear a lot of Indigenous youth saying, “I am an activist” or “I want to go to law school, because I want to help our communities.” Because the 17 year olds are fighting for what they believe is right, our community is in great hands. Idle No More was also a unique force for our community. With it you had a youth tweeting from northern Saskatchewan and somebody from Quebec re-tweeting it. There’s a tremendous amount of empowerment through that process—the youth are engaging in a conversation and getting their voices validated by their peers. In the Aboriginal community, our generation is what some consider the eighth fire, which is the generation that’s going to change everything. I get goose bumps when I think about it because I believe it. I can see the tides starting to shift.

Pohlmann: If you look at where Canada failed in the past, what can we learn for the future?

Scrimshaw: We wouldn’t be facing a lot of the challenges we face and be making a lot of the decisions we’re making if we actually taught our true past and learned from it. For over 100 years, Aboriginal children were put through residential schools, whose mandate from the government was to “get the Indian out of the child.” Kids were taken away from their parents, separated from their siblings, and not able to speak their language. Many suffered physical, mental, and sexual abuse. It’s because of the residential schools that I grew up without a mother. I’ve never known what it feels like to come home after a bad day and cry into a mother’s shoulder. I don’t speak my language. I live with the legacy of residential schools every single day.

In 2014, half of Canadians still don’t know what a residential school is. If you don’t know what it is, you don’t understand the legacy it has for Aboriginal people. If more people understood how Canada was colonized, I believe we’d be a bit more reluctant to celebrate our nation’s founding. For myself, why would I want to celebrate John A. Macdonald when I understand how he colonized Aboriginal men, women, and children? He made decisions that led to the mistreatment and deaths of thousands of people, but we generally don’t teach that in our history classes. If we really want to honour the past, I believe we should learn from it. If we avoid it, we’re simply hiding behind our own ignorance. Do we want future generations to say that we avoided something because it made us uncomfortable, or do we want them to say that we moved past that feeling so we could make informed decisions for the future?