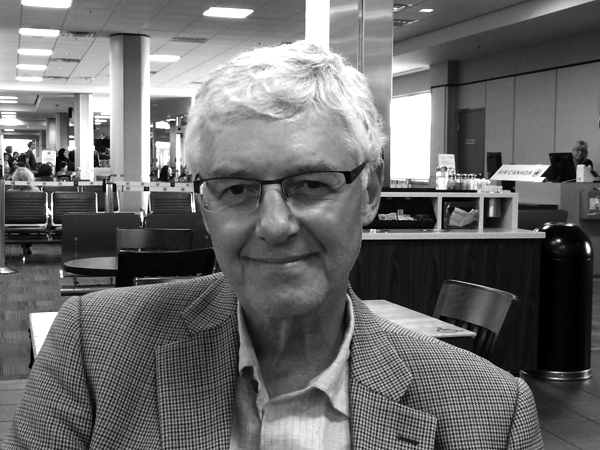 Kahane: What concerns you about what’s going on in Canada right now?

It is really important to our success that we make sure that we are not parochial in our mindset. All politics are local, but in a globalized world, the definition of local needs to be broadened.

Kahane: What is an example of how we need to broaden our perspective?

Lynch: At the moment, our trade relations are largely patterned on the last 40 years, not on the future. So 90% of our trade is with the OECD [Organization for Economic Cooperation and Development] countries and only 10% with the emerging world. But if you look at where globalization is taking economic growth, all of the growth is in the emerging world.

Part of our future success is going to have to be diversifying where we do business. Today, a company may have offices in Montreal and Boston. To succeed, that company may need to have offices in Montreal, Johannesburg, and Mumbai instead. Likewise, since World War II, our leading universities have built relationships with those in the UK and the United States. Now, we are going to have to do so with Brazil and China.

We have the opportunity to diversify better and faster than the Americans, Brits, or French. If we could build brand and presence and relationships in emerging countries, we would be part of a giant market.

Kahane: What kind of infrastructure do we need to support this kind of effort?

Lynch: As in the past, we need ports and roads, but we also need the soft infrastructure of things like language skills. Today, our kids are more likely to take German, Italian, or Greek in high school than Mandarin. That’s not where the growth is going to be. To ensure personal, societal, and economic success, we need to reorient our educational system.

Kahane: What will it take to shift the national narrative?

Lynch: Most people will take the status quo unless either there’s a force for change or they are enticed to change. Who wouldn’t? It’s human nature. So I either have to scare you, that if we don’t do this the world will fall apart, or I have to entice you and engage you in a realistic dialogue.

We also need to create a context where today’s important issues permeate public discourse. Pick up five newspapers and listen to five radio stations today, and they’re not going to deal with these issues. Do the same sampling in Singapore or Sweden, and they would.

Kahane: Are there instances when were we able to overcome the status quo? What made these efforts successful?

Lynch: The Free Trade Agreement was a spectacular pivot by Canadian citizens and taxpayers. Likewise, in the mid 90s, we made a big fiscal pivot. It stands out as being pretty abrupt and aggressive, and frankly it turned out brilliantly. But it wasn’t our typical incremental change; it was a big change.

Public opinion polling wasn’t in favour of either plan. At the time, if you asked somebody, “Do you want to fundamentally change all of our trade agreements with the biggest country in the world?” most said “No.”

These pivots succeeded because of leadership—not just from government but also from the business community and others. Especially in the case of the Free Trade Agreement, Canadians could see business people, academics, and others honestly debating. It required enormous leadership to convince the average Canadian that, in a balance of risks and opportunities, the Agreement was actually on the positive side.

Kahane: Are the conditions ripe for large-scale change to occur in Canada now?

Lynch: It’s easier to convince people to do big things if there’s collective trust in those proposing the changes. Polling research in western countries shows that, over the last 20 years, trust throughout society is way down.

Kahane: Are you confident in our ability to make the needed changes?

Lynch: We have an ambition challenge in Canada. I’m not sure my generation is ambitious enough. We can do much better in the world than we think we can. Some of the younger Canadians think that they can beat anybody if they study hard, work hard, and are innovative and clever enough. We have to be sufficiently ambitious to keep those kids in Canada, so they can start their social profit enterprises and companies here, teach here, run for political office here. If we’re not ambitious enough, they’ll go somewhere else, because they want to make a difference.