Pat Carney on the Challenges of Migration 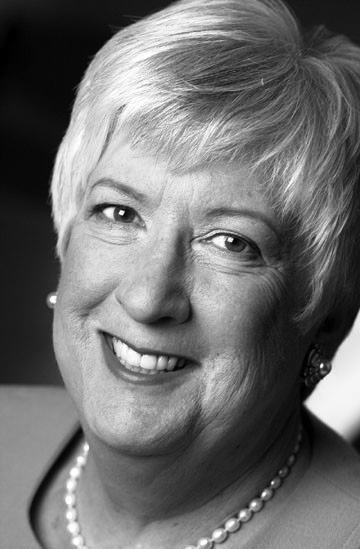 Interviewed on October 7, 2014 by Monica Pohlmann.

Carney: Canada is a young country, built since Aboriginal times on waves of immigration. My own grandmother, Bridgit Casey, was born in Canada West five years before Confederation created Canada in 1867, the child of Irish immigrants who were committed to developing the land and putting down roots for their families.

For centuries people came here because Canada was a frontier; there was a new world to explore, with new opportunities to make a better life. Canada became a sanctuary for people seeking freedom from oppression and poverty at home. These new Canadians relied on communal support for clearing land, raising barns, building communities. And they introduced new customs, art, and culture into the Canadian mosaic. Cultural diversity became the new norm.

In some areas of the country, we seem to be experiencing an era of migration motivated largely by greed. These “global migrants” come to Canada, park their money, and move on to live elsewhere. That’s reflected in the number of empty houses and condos here in Vancouver. Much of the new housing is marketed to offshore residents who live in Canada part time, if at all. If you have a floating migrant population, the essential structure of community commitment and connections may be weakened. That’s reflected in the waning volunteer base and support for the arts affecting some communities.

Other countries such as Switzerland and Japan have tackled this challenge by taxing non-residents or making it impossible for them to buy property. In Canada, because we need immigrants to grow our economy, we don’t have those kind of controls.

The waves of migration that built Canada have often put a strain on the existing community fabric. During Canada’s first 147 years, many immigrants still considered other countries as their “homeland.” When Canada becomes the “home place”—a term used by my homesteading grandparents—for future generations of Canadians, the country will have reached maturity.

Carney: The sense of opportunity in Canada. By global standards, we don’t live in an oppressive society. We have personal freedom and the legislative rule of law that allows people to achieve their goals and ambitions. Canadians can finance and implement an idea, and live the lives they want to live. We have clean air in most places.

Our greatest asset is our right to vote and our freedom to serve in Parliament without spending a fortune. If you run for Member of Parliament and spend more than the rules allow, you and your agent will go to jail. We should protect our freedom of access to the political system by anybody who has not been in jail.

Pohlmann: Are Canada’s political institutions moving in the right direction?

Carney: Joe Clark famously called Canada “a community of communities.” There’s a much stronger sense of community in Canada today than when I entered politics in 1980. It’s generally accepted that Canada has five regions. No one is raging about French and English texts on cornflakes boxes. Now people are more concerned about the fact that the Chinese language newspapers are in the top of the coin box and the English ones are in the bottom.

We have survived strains that have broken other countries’ hearts. We survived Meech Lake. We survived the tensions between western and eastern Canada. We survived politicians like Pierre Trudeau, who were loved in some regions of Canada and hated in others. We survived the antagonism between French and English Canadians. We are learning to acknowledge the important role and responsibilities of Aboriginal Canadians.

The question is whether we can build on our historical record and survive the conflicts created by the new wave of global migrants and the potential global population shift. If you have an ethnic population that feels disengaged from the political process, or an ethnic population in some ridings that excludes other groups, you wonder whether the political will to sustain the country will last or whether it will fracture the national or regional fabric.

Pohlmann: What upcoming decisions will Canada need to make?

Carney: We will need to grapple with a concept of development that balances economic, ecological, Aboriginal, and other issues, such as demographic shifts, in order to achieve compatible goals. We have entered a much slower cycle of the economy, in which there’ll be less money available for social and economic measures. Many young Canadians are making lifestyle and work choices that are more consistent with a slower-growth economy.

We can preserve and grow our beloved country and the world’s best lifestyle if we can maintain our connection to the country as a whole, to a sense of community, and to the reality that there are rural and non-rural elements of the country. Canada is not confined to the metropolitan areas of Toronto, Montreal, and Vancouver.