Ratna Omidvar on Growth through Diversity 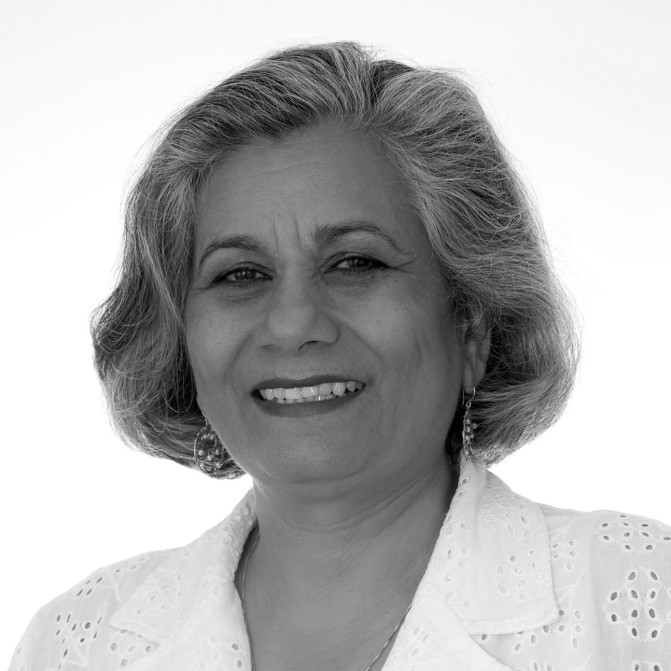 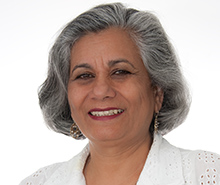 Interviewed on October 16, 2014 by Elizabeth Pinnington.

Pinnington: What excites you?

Omidvar: Canada has the skeleton bones for how a future society should function. We are today what many other societies likely will become; we are home to many nationalities, many races, many religions. Diversity is part of our DNA, primarily in the urban centres. We function generally well—nobody is rioting on our streets, people are civil to each other, you go on the subway with people packed in tight and nobody is shouting racist remarks.

Local institutions have contributed a great deal to this narrative. For example, in Toronto, schools have been remarkably progressive in reflecting the multicultural face of Canada in the curriculum. It’s no longer “Jenny and Thomas go to the store to buy sugar” it’s “Fatima and Ali go to the store to buy rice.” These things make a difference.

In other ways, business has taken the lead in adapting to our new diverse reality. An interesting example from the financial services sector is the changing rules for who qualifies for a mortgage. In the past, the bank only counted the incomes of two individuals: a couple. Immigrant employees at one financial institution pointed out a missed business opportunity. They said, “Wait a second, immigrant families don’t always live as husband and wife; they live as husband and wife, brother, sister, aunt, uncle.” The whole family works together to purchase a home which, along with citizenship, is a significant indicator of belonging. Consequently, financial services institutions in Canada changed mortgage criteria to allow families to be defined differently and to pool their income to qualify for mortgages. Business goes where the market is, and our financial services sector has realized that if we want to serve the customer, we have to know the customer. We’re making progress. It’s just taking a very long time.

Pinnington: If things turn out well over the next 20 years, what would the story be?

Omidvar: Looking into the future, I see a different Canada, built on the momentum of today. We have doubled our population. As a result, we have 10 big urban centres, not just four. In those urban centres are residents of unrivalled diversity. This strengthens our economy and prosperity. Because we are a bigger economy, we’re able to produce more, we’re able to trade more, we’re able to sell to more people, we have more people with big ideas. Our population growth has stabilized through immigration, and our economy has the capacity to absorb immigrants at all skill levels and many more refugees.

Second, we are an economic powerhouse because we are trading with many more countries rather than relying so heavily on the United States. We have addressed our overreliance on one market by aggressively diversifying our political and business relationships. Through immigration and through diaspora networks, our natural links to the outside world have expanded. Canadians are adept at interpreting the written and unwritten rules and regulations in different markets, and are nimble in moving from one culture to another. Canada’s future is in paying attention to and releasing this latent power of the immigrants of today and yesterday, and strengthening the connections between places, markets, suppliers, and ideas.

Omidvar: We are a rules-bound society. We don’t like to take too much risk. Peace, order, good governance: that’s us. Not taking risks means surrounding yourself with the same old ideas and the same old people that reflect those ideas. Research shows that if you want to produce the same rigid thinking, your team should be homogenous. However, if you want to create something new, different, crazy, then you should ensure that your team is made up of people who are radically different from you. It may create measured conflict and chaos, but it will result in creativity, and we need creativity.

In Toronto, whilst our visible minority population is roughly 49%, it only fills 13% of leadership positions. The people who sit in boardrooms and hold corporate power look like Old Canada; they don’t look like New Canada. Why is it that we’re not Silicon Valley, apart from sunshine? Because in Silicon Valley, the price of entry is not where you were born, the price of entry is your idea. We’re not there yet.

There are also some worrisome trends. We’ve lost our commitment to permanency. We used to say, “Come to Canada and after three or four years, you will become a Canadian citizen.” We’re making citizenship harder to get and easier to lose. We are importing temporary foreign workers who have no right to permanency, and so we’re creating a two-tiered society. We know from the United States and Europe that many guest workers don’t leave; they overstay their visas and go underground. Imagine coming in as a temporary foreign worker from Mexico, China, or the Philippines. You’re tied to an employer. You do not have the freedom to quit. If that employer abuses you, are you going to complain? We’re losing sight of the values we built this great nation on. Another of those values is compassion. We’ve made a stark departure from compassion in our negligible effort to resettle refugees from Syria and Iraq.

Pinnington: What legacy do you hope to leave?

Omidvar: Through the Global Diversity Exchange at Ryerson, we are creating movements for change that are locally embedded and grounded in ideas that work, on diversity, migration, and inclusion. Local communities have an enormous potential to reach out across borders, connect with each other, and learn and replicate from each other. This is far more difficult for nation states.