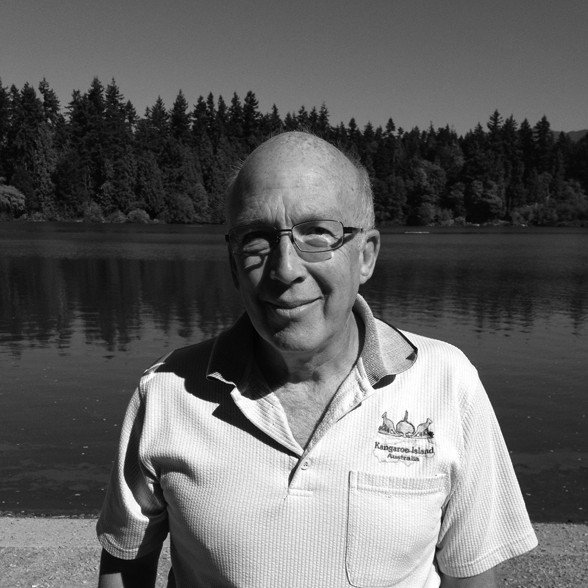 Interviewed on September 5, 2014 by Monica Pohlmann.

Gibbins: We’re losing our sense of community in terms of the country as a whole. Many people feel that, if you’ve got a great local community and you have a rapid rail line to an international airport, that’s all you need. So the provincial and national communities become irrelevant. The opportunity to go and experience the world and then come back to a base is great, but I worry about a loss of purpose for Canada as a whole. We’re losing faith in our political institutions and our capacity to do things together. There is a narrowing of perspectives that’s not unique to Canada, but nonetheless, having people in this large, ungainly country turn inward is alarming.

Overall, the situation with Aboriginal people is positive, with a lot of energy and innovation. But at the same time, I fear First Nations will become more and more isolated rather than part of the national mainstream. That isolation is not going to be healthy. When groups are close to the larger society, all of the positive things about integration can work. It’s the small, remote communities that concern me. That’s not a future.

We have a fetishlike approach to the environment: we focus on these seven trees or thisparticular lake, and fail to engage in trade-offs. You would hope that if I’m in my neighbourhood protecting my trees, there’s a local attachment, but also in the back of my head there’s something about, how does this work for the province? How does this work for Canada? You want that internal debate in people’s heads, and I don’t think that’s there right now.

Gibbins: We are a resource-based economy. It is a pretty sound prediction that a resource-based economy is not going to serve us well 20 years down the road. We’ll have to transform ourselves, but how do we do it? A lot of people want to establish Calgary as a leader in the energy field. But we’re never going to out-compete the Chinese on solar power or the Germans on wind power. If we have a niche in the global economy, what is it?

Gibbins: You’ve heard the old Alberta expression, “Give me another oil boom, and I promise not to piss it away!” Alberta is a great example of where we took in huge amounts of wealth but it didn’t leave us better off. In BC, Premier Christy Clark has a vision that the resource wealth from liquid natural gas will generate a bounty that can be used to do different things within the province. She is on the right track, in that we have to use that bounty in a transformative way.

At the same time, if you’re in the travel business, you sell the destination, not the trip. Christy Clark is trying to sell the trip, and that’s not good enough. Harper has a destination in mind, but he hasn’t clearly articulated it. If people fear the end that Harper has in mind, they are not going to buy into the means. If we had a clear vision of where we are heading as a country or as a province, a vision that is a bit better than lower taxes or higher salaries, then it would be easier to sell. We haven’t articulated that vision. As a consequence, it’s hard to counter the opposition that comes up.

Gibbins: I like what we’ve done in urban Canada; despite the big challenges out there, we’ve been able to create urban environments that are pretty safe, interesting, and energetic. We’ve created a degree of political tranquillity in the country that in some ways is stifling but also has given us a great deal of internal comfort. In our national politics, we don’t tear people down. We’ve done reasonably well in knitting together a difficult country into a society that is remarkably inclusive and diverse. We have been a significant international player. We beat ourselves up all the time about our track record on the environment, and yet we’ve accomplished quite a bit at the local scale. There are exceptions, but nonetheless, we have done things pretty well. We should take pride in what we’ve accomplished in this country.

Pohlmann: As a country, what should we be talking about that we are not?

Gibbins: The 150th anniversary provides an opportunity to push Canadians into thinking about the future. In 1967, the premiers of Ontario and Quebec hosted a conversation called the Confederation of Tomorrow Conference. It’s time for us to have another national conversation about a whole set of pressing concerns. The world seems to be going to hell in a hand basket in ways that are quite discouraging. It makes it even more important for Canadians to begin to talk in constructive ways about our own country, what can we do here, and how can we protect the kind of prosperity and social harmony that we’ve had. The infamous UN report of 20 years ago or so that described Canada as the best place in the world to live may have done us a disservice by making us complacent. We didn’t get here by accident; we’ve created the kind of country we have through an act of will. If that will weakens or loses its focus, then a lot of what we have will be precarious. My fear is that we’ve solved the problems of the past but we’re rapidly being overtaken by the problems of the future. We somehow need to crystallize our best thinking into a vision for the future.