Sheila Watt-Cloutier on the Right to be Cold 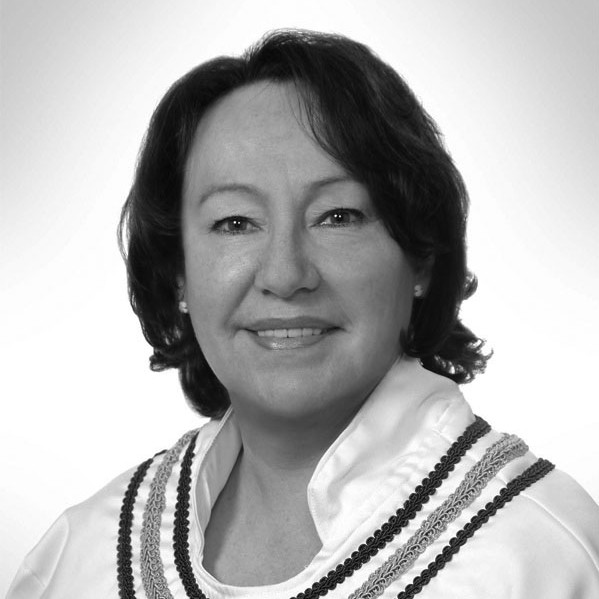 Watt-Cloutier: Canadians hear about the high rates of suicide, addiction, and violence in the Inuit population. They look at these symptoms, but they don’t understand the context, so they formulate judgments about our people. It’s that whole issue of the “other.” They just can’t get with the program, they don’t know how to do this or that. Adaptation is one of the strengths of Aboriginal peoples, so it isn’t about us not adapting; it’s about the speed with which things happened, the historical traumas and the policies that created dependencies and led us to lose a sense of who we were.

We gave up our wisdom and control to a power that we feared. That’s why it’s important to empower people to make the choices we feel are good for us in terms of alleviating the problems we face, whether it’s addressing addictions and joblessness or fixing our health and education systems. My book is called The Right to Be Cold. It’s not that we want to be cold and shivering; it’s about what it means for the people of the Arctic to defend our right to make our own choices by protecting our environment and hunting culture that depends on the cold.

It’s easy for governments to come in and dangle the carrot of resource development with the promise of alleviating poverty by giving everybody jobs. But when they continue to perpetuate the same model of saying, “We know what’s best for you,” they still haven’t gotten it. When the resource development companies come in, they are basically like the missionaries and fur traders were. The missionary approach says, “If you do what I say, you will be saved.” With these new institutions, it’s the same.

Nobody cared about the Arctic until the ice started to melt, but now that the resources are going to be exposed and easier to access, planeloads of people are coming up. Some companies are offering good money to the Nunavut education department to start developing programs for children as early as Grade 3, so they can eventually be streamed into working for them. But what happens after the mining has pulled out? Are those skills transferrable to other situations? These companies have come and gone in other places in the world, leaving devastation for communities. I am concerned that digging the land we have held sacred for millennia and dangling the money and jobs card will deepen the struggles we face.

Kahane: If you imagine a future where things have gone well, what would that story be?

Watt-Cloutier: It’s not too hard to interview companies, choose which you want to come in, and sign on the dotted line. But it’s much harder to think through and really plan how we’re going to do this for our communities. It’s important for us to not feel trapped by this one avenue that is being dangled in front of us. We can tap into Inuit ingenuity, creativity, and wisdom to find other means to create sustainability in our communities. My own people are moving in the direction of developing businesses around the mining and of finding ways to empower themselves though that process. They’re taking on the skills to be able to control how they will survive and thrive in the kind of setting that’s coming our way.

Kahane: What are you paying attention to these days?

Watt-Cloutier: When Canadians think about resource development in the north, they seldom consider the human dimension. The current government sees the Arctic as an opportunity for the great energy superpower to feed the world, but in doing so it fails to recognize that Inuit families trying to feed their families are going to be negatively impacted by environmental degradation. People don’t quite get why we would still want to hunt and eat seals rather than go to the supermarket to buy chicken and pork chops. They don’t understand the importance to our communities of continuing to respect and take in the wisdom that a hunting culture teaches. The land, ice, and snow is a training ground for developing your sense of self and your character. You’re being taught patience. You’re being taught how to be courageous and bold at the right time. You’re being taught how to not be impulsive, because impulsivity can put you and your loved ones at risk. You’re learning how to withstand stressful situations and to have sound judgment and wisdom. You’re not only learning how the world works, but you’re learning about how youwork. In institutionalized schooling, those things are very separate, but in a hunting culture, they’re holistic.

Kahane: What can other people learn from the Inuit?

Watt-Cloutier: Few people know and appreciate that Inuit are the inventors of the qajaaq,which is the best-engineered boat in the world. We are the architects of a snow house warm enough to sleep in naked with fur. We know how to read the weather conditions and to travel using constellations as our guides. All of the ways in which we’ve been able to not just survive but thrive in the Arctic is ingenuity at its best! We have been able to thrive in an environment in which most people would die within an hour.

We know a lot about sustainability. In hunting cultures, the main pillars are respect nature, respect one another, share, and take only what you need. These are all the pillars of a sustainable world. Inuit culture can serve as a model of a sustainable Arctic and a sustainable planet.