Sherene Razack on Our Settler Legacy 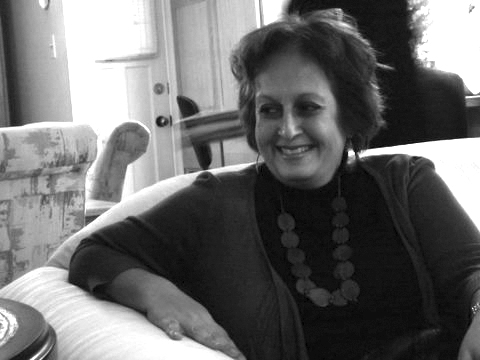 Sherene Razack, Professor of Sociology and Equity Studies at the University of Toronto

Interviewed on October 7, 2014 by Elizabeth Pinnington.

Razack: The growing, institutionalized dehumanization towards specific groups. It’s as though society is evolving based on the principle that human life doesn’t matter. Every morning, I read about 10 things that make me think we’re growing increasingly distant from each other. It begins with race and becomes a structure that invades everything. White people routinely dehumanize Indigenous people. I’m talking of a spectrum of violent acts, like police officers who drive a man out of the city and leave him to freeze to death. The principle that this person’s life is not worth as much as yours is both an everyday act and a state practice. Look at the “tough on crime” initiatives that conservatives love. What kind of cruelty and disregard for human life do these kinds of policies come out of?

Pinnington: What are some important lessons from the past for Canadians?

Razack: I always think about how dominant subjects make themselves dominant. You’re not born that way. I tell my class, “No one is born White.” You have to learn it and you have to keep performing it every day. People don’t easily believe in their own superiority or that others are lower forms of humanity. They have to convince themselves, and they’re terribly haunted by it. The Settlers had to learn that Indigenous people were inferior, were savages. But it was a very hard lesson to learn, because for one thing, they’re not. Indigenous people had a lot of knowledge about this place and clearly had a developed society. Because we have to be taught not to recognize the humanity of others, maybe we can interrupt this process.

We have to learn that the colonial project that is Canada is not viable, because it is not structured on the principle of a common humanity. We could look at all the instances where spectacular meanness and repression have not produced anything good, moments when Canada was tempted to be extremely vicious to Indigenous peoples. If that principle structures your country, which is what structures this country, then it’s almost like you can’t go anywhere good from there. We can’t move into recognizing the humanity of refugees or other people if our day-to-day life is intensely structured by the inhumanity with which we have treated Aboriginal people. Almost everything we do came out of that colonial moment when we tried to figure out how to steal the land. We have to confront this colonial paradigm before we can open the way to Others.

Pinnington: How can we confront it?

Razack: We’ve had spectacular moments when we should have stopped and said, “Wow, this is really bad.” We have to keep taking these moments and being political about them, organizing about them, educating around them, exposing them. We need to say to White people, “I don’t want you to help me. I want you to understand that your life will be really bad if things continue as they are.” If you want to live behind barricades and have guns and shoot down everybody who confronts you, if you think that’s a good life, then you’re not going to see the common cause. But you cannot live enjoyably, let alone ethically, in a society where such bad things are happening to others.

Pinnington: If you could ask a clairvoyant about the future, what would you want to know?

I’d also like to know what we did with the tar sands. This is the moment to confront what we as humanity are doing to wreck the climate. If we can’t confront it now, we’re too far along. I hope people suddenly find themselves asking, why are we doing this?

Pinnington: If things turn out badly in the next 20 years, what will have happened?

Razack: Education will be about learning trades or skills and not about learning to think critically. Most places where people can learn to think critically will shut down; the rest will be small or very, very restricted. The result is that you don’t get to ask questions about why things are the way they are, why some people have a good life and others don’t, what your relationship is to others in the social world. There’s no way to break down the mythologies that you see reproduced every day in the papers. If you are taught that Aboriginal people are a dying race, you don’t have a way to question that statement.

Pinnington: What energizes you?

Razack: I’m really glad I live in Toronto. This city is 50% non-White, and no one group is in the ascendancy. It is an incredible combustion of histories and politics. If there’s anything that stands a chance of blowing apart our terrible colonial history, it has1 to be this extraordinary mix of people together in one physical space. The people here won’t put up with oppression as easily as in other places. They’re not going to accept being left out.

Pinnington: What legacy do you want to leave through the work that you’re doing?

Razack: That it is possible and necessary to stand up and say what’s happening is wrong. But I can’t just do that as an individual. Writing a book or teaching a class is like throwing a pebble into a pond. I hope to be part of a community of people who feel this way and who can act collectively without getting shut down.