Simon Brault on Reinventing Ourselves 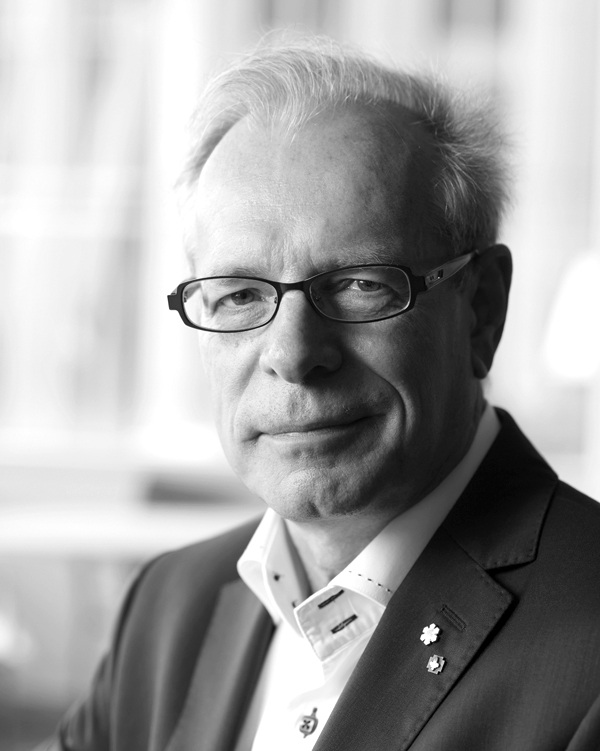 Simon Brault, Director and CEO of the Canada Council for the Arts

Interviewed on November 5, 2014 by Brenna Atnikov.

Atnikov: How has your personal story shaped your perspective?

Brault: For more than 25 years, I have been preoccupied by ways in which we can revitalize cities. To me, arts and culture are essential components of any journey to empower people and for communities to reinvent themselves. We need artists to interpret, comment on, and decode the state of the world and to point us in a direction of hope. To be relevant, art needs to have some kind of social impact. I profoundly believe that art and culture are components of freedom, of emancipation, of taking charge of our destinies.

Brault: Our country is increasingly divided, politically and ideologically. We need to find themes, questions, and preoccupations that go beyond those divides and to debate ideas based on their merit and not on who expressed them. We still believe we need experts to fix things. But expertise is not enough; we need a broader view and understanding of the challenges and potential solutions. Canada must see its thinkers and artists and philosophers and researchers as people who have practical contributions to make to solving problems.

This work happens in our cultural spaces. Sixty years ago, the notion of developing that space in Canada was informed by the idea of a national identity that would be different and separated from the American one. We developed a set of rules, cultural industries, and quotas for Canadian content to develop that cultural space. What I see as the challenge and opportunity right now is that this notion of a Canadian cultural space has to be revisited, questioned, and challenged. A huge number of assumptions that were at the foundation of our cultural spaces, policies, and tools 50 years ago—such as the notions of national borders, controlled airwaves, a certain hierarchy of cultural tastes and preferences, the undervaluing of the importance of the Aboriginal question—are vanishing. What I find most compelling right now is opening possibilities for reinvention and reimagination of what could be. It’s time to invite people who have been excluded from the conversation about arts and culture to imagine how we could build a new and trusted cultural space together.

Atnikov: If you could ask a clairvoyant anything about the future, what would you want to know?

Brault: How will we practice democracy over the next decades? Democracy—and freedom of speech, expression, and creation—remains one of the most powerful engines to develop a country. Canada should renounce the idea of one interpretation or an official story. We need to keep alive a democratic and open discussion about how we see the past and the future.

Have we found ways to avoid isolation? I’m concerned by the fact that a lot of people feel lonely and are disconnected or marginalized. I don’t think this was as much the case years ago. The divide between people who are in the system and people who are out is deeper and more brutal than before. It has to do with poverty, education, and language. Arts and culture have a role to play in advancing the ideal of a more inclusive society. The countries that succeed in being more inclusive will have a better future. The ones that continue to invest in exclusion will have more and more difficulty performing well on any indicators.

What will be the future of our symbolic life—the music, images, movement, and narratives that we build? What will be the role of artists, who are the makers and interpreters and proposers of symbols? In society right now, we cannot ignore some attempts to control our symbolic life and to instrumentalize it for commercial or other purposes. We need to develop a symbolic life that is strong enough to give Canadians a sense of belonging and possibility, and at the same time communicate our values to the rest of the world. It’s easy right now to live anywhere in the world and be connected through screens and live in a virtual world that has nothing to do with a sense of place. But I still believe that by living together in communities and sharing institutions, values, and a political system, we will be able to generate a single symbolic space where we meet, exchange, dream, and imagine the future.

Brault: Today, the architecture, the traffic flow, the organization in cities is done to facilitate driving in cars, buying, and consuming. There aren’t enough meeting spaces, not enough places where people can exchange ideas, share, and help each other. In the Canadian city of the future, I would hope humans would be front and centre of everything. Because we don’t live in an infinite world, neighbourhoods would be organized in a holistic way around sharing, preserving, and safekeeping knowledge and commodities. Meeting places would be attractive, even in the poorest neighbourhoods. People would be connected and feel supported.

Atnikov: What important lessons from the past can we draw upon to inform how we should operate in the future?

Brault: What interests me the most is how we recovered from different crises. Resilience is the ability to go back to a state of relative harmony and happiness after some kind of upheaval, whether in a neighbourhood, industry, sector, or part of the country. We can dig into our past to find out what individuals, proposals, and ideas served as catalysts of resilience and learn from those.

We also need to think much more globally than we are. We have a lot of regulations and protectionist ways of thinking. The best way to protect something is not to put it in a safe and close the door; it is to share it. Every time we think about something, we need to figure out if it is not only a proposal for the country, but also one that we want to share with the rest of the world.