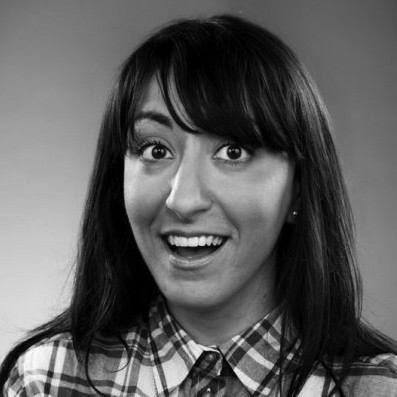 Interviewed on November 10, 2014 by Brenna Atnikov.

Atnikov: How has your work shaped your perspective?

Ebrahim: Designers are uniquely positioned to look at complexity, for two reasons: we understand people and we are comfortable testing prototypes. When charged with a problem, designers begin by looking at the people who are affected and their wants, wishes, needs, and fears. But many designers who want to use their skills for social change find it difficult to be understood beyond their capacity to make artefacts. We need to understand that designers are a critical part of any strategic team, so that when tables are convened around healthcare or poverty reduction or the environment, a designer is always there.

Atnikov: What concerns you these days?

Ebrahim: How can my generation take the skills we’ve developed in the entrepreneurship, social innovation, tech, and emerging sectors and use these to disrupt industry and government? A lot of my peers are migrating into positions of decision making, but they quickly get crushed by institutional accountability and lose their drive to take risks and make creative things happen. When people don’t succeed in transforming these institutions, it’s not that they weren’t creative and talented; it’s that they needed new capacities that previous leaders didn’t need. These things take a long time, and so we need to start changing the way we support this new generation of leaders now.

I also worry about how inclusive we are of citizens’ voices. I worry that we will never create a culture of authentic engagement on critical national conversations. I worry that we’ll get stuck in a vortex of indecision and not have the capacity to recognize the moment where we could use the evidence we have to support taking a leap of faith. That inability to take risks is what is preventing us from leading in so many areas and is causing us to haemorrhage talent from our country.

Atnikov: If you could ask a clairvoyant anything about the future, what would you most want to know?

Ebrahim: What were the biggest risks we took? How did we deal with success and how did we deal with failure? Did we grow in our capacity to listen to a more diverse set of citizens, to respond to their needs rather than react? Have we learned how to align the efforts of people trying to do similar things across the country? Alignment and collaboration are in the Canadian DNA, but we haven’t figured out how to practice them yet.

Atnikov: If things turn out well in the next 20 years, what’s the riskiest thing that Canada will have done?

Ebrahim: We took the risk of focusing. We focused on one big thing and we moved the bar. Perhaps the one big thing was poverty reduction, and we reduced dramatically the number of people living in poverty in our country. We did this not by wanting to create something the world would look to us as a leader in, but by harvesting the intelligence within our borders to make bold change happen. And this helped us to retain thought leadership by demonstrating that Canada has an appetite for taking risks. Instead of talking about how our cities are so metropolitan, we embodied this: we showed the world instead of telling the world.

Atnikov: If that kind of culture doesn’t become the norm in Canada, where will we be?

Ebrahim: We’ll be where we are now: a little bit behind the rest of the world. Innovation and creativity will still be a thing that sits on the outside and not within the DNA of organizations, and so their adaptive capacity will remain constrained. Our role in the global community will stagnate, and we’ll still be trying to figure out how we can contribute to a global conversation about being more inclusive, more creative, and more human centred. Where we are now isn’t such a bad place: we’re just limiting ourselves because we aren’t comfortable trying out new processes in our old systems.

Atnikov: What decisions do we need to make?

Ebrahim: We have to decide what kind of country we want to be. There’s lots of investment right now in innovation in the public service and other sectors, and that investment is going to dry up if we don’t commit to implementing some of the great ideas that have been talked about. Let’s stop talking about experiments and start committing to new approaches to problem solving. If we can’t do that, we should just commit to being a country that follows.